Liz Jose, founder of WE Bike NYC, gives us further insight into her advocate philosophy.

WE Bike NYC is organizing ten women from five organizations to ride 262 miles on bicycles from New York City to Washington, DC to represent their communities at the nation’s largest annual bicycle advocacy event, the National Bike Summit on March 3, 2014. WE are so pleased to be supported by WomanTours, Bicycle Times Magazine, Pearl Izumi, and Transportation Alternatives. For more about the ride, check out our fundraising page HERE! Now that you have gotten to know who we are, learn more about us and our process. WE will be rolling out a series of guest posts from our riders and sponsors.

Yesterday, a young man was hit by a truck on Pennsylvania and Atlantic while a female cyclist celebrated a small victory when a cop car told an SUV to “let the bicycle pass” on Court Street. Our city, our struggles and our victories are often car related, even for those of us who can’t afford or chose not to ride in a car.

The car was and is an incredible invention that allows us to travel huge distances in short periods of time and allows us to do it on our schedules and on our terms.

However, as cities change, and more and more people move out of the suburbs back into urban centers, cars seem more and more foolish. It takes twice as long to drive anywhere in New York CIty as it does to bike or take the subway, especially when you factor in parking. And the cost of a car is far beyond what we think of as “gas and go.” There is, of course, gas, but there is also insurance, parking, tickets and tolls.

Cars are dangerous. They are expensive. And, while they are a great idea for going to the mountains, they take up an incredible amount of space in the city that could be better used for…just about anything else.

So that’s why I’m biking to DC. I’m biking because I believe that bicycles allow people to travel on their own terms and provide a sense of individuality and empowerment we all crave, while doing so in a safe, environmentally friendly, inexpensive and healthy way. And I want to make  bicycles a reality for people who don’t already have access. That is why WE Bike NYC runs programs for many different types of people, provides an opportunity to earn a bike in our Mujeres en Movimiento program and supports mothers and kids who want to move the next generation on two wheels. I work very very hard (I was going to say tirelessly, but I am often tired) here in New York City and I revel in the idea that I can bring my ideas and experiences to a broader community in DC. I want our voices to be heard not just in New York, but nationally, because I think WE have a lot to say. 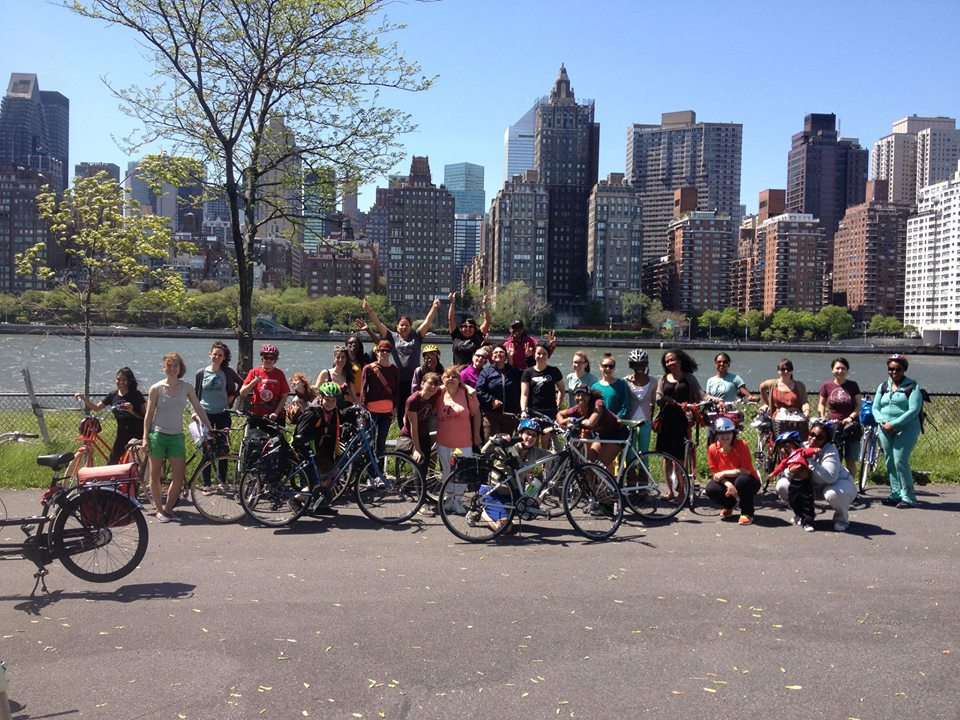