New to the world of long distance touring, Kristina shares with us some important lessons she learned on a botched century ride.

WE Bike NYC is organizing ten women from five organizations to ride 262 miles on bicycles from New York City to Washington, DC to represent their communities at the nation’s largest annual bicycle advocacy event, the National Bike Summit on March 3, 2014. WE are so pleased to be supported by WomanTours, Bicycle Times Magazine, Pearl Izumi, Velojoy, and InTandem, and Transportation Alternatives. For more about the ride, check out our fundraising page HERE!  Now that you have gotten to know who we are, learn more about us and our process. WE will be rolling out a series of guest posts from our riders and sponsors.

Back in September 2013, I set out on my very first Century Ride. I met up with our long ride dynamo, Mary at Central Park at 5:30am to prep for the 7am start. 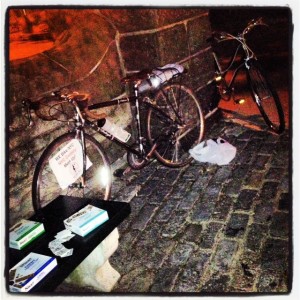 By 3:30, 54 miles in, I pulled off the route and called a friend to come pick me up. I have been thinking a lot about that “failure” while we prep for a ride 2 and a half times as long and infinitely more epic in scale. This is what I have learned: 1) Training is important. Prior to the Century Ride, the farthest I had ever ridden was 50 miles and while I was working out rather regularly, I wasn’t getting in a lot of miles on my bike. Training isn’t just about building muscles and cardio capacity, it’s about knowing when you need to take breaks and refuel, when to slow down and what to wear. It also is about knowing that spending the day before eating massive amounts of pork and drinking unlimited levels of beer will mess you up. 2) Knowing basic bike mechanics will keep you on the road. Somewhere around mile 20, my pedals stopped turning. It looked like one of the legs was loose. So, a marshall and I tightened it with our fingers. That only got me about 5 more miles before I broke down again. I had to walk my bike another two and half miles to a shop in Bay Ridge, who told me that despite being cleared for riding by my neighborhood bike shop, I had a piece of the crank that was cracked and finally gave up the fight. I was waylaid for over a hour while the mechanic searched his supplies to find a bolt that would fit my super old British bike. 3) Not taking breaks does not make you a superhero. Once my bike was functioning again, I was so angry about the delay that I put that rage into the pedals. I made to the Marine Park rest stop, chugged my water bottle, refilled it, had two bites of the bagel I horded and off I went towards Rockaway.  I ran into the Marshall that had helped me back in Bay Ridge. He told me my friends were not that far ahead of me and off I went again. And I kept going at top speed, despite an increasing dry mouth and cramping legs. 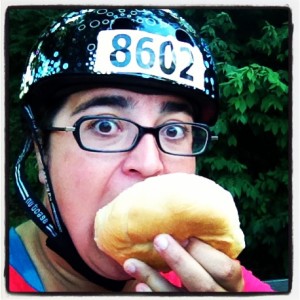 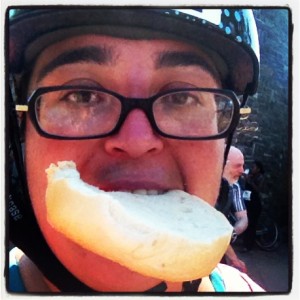 4) Drink water and calm down. I did end up catching my friends in Jamaica Bay, thanks to their stop at Rockaway Taco. I wanted to stop for more water, but they wanted to keep going. I didn’t mention my powering through because I didn’t want to be behind again. We went about 10 more miles and my bike started wobbling because my legs were wobbling. 2 more miles and I was cramming an orange in my mouth for refreshment. 4 more miles and I was sitting in a McDonald’s in Glendale, waiting to be picked up. 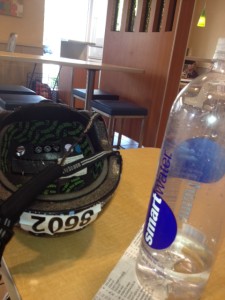 5) Asking for help is not shameful. 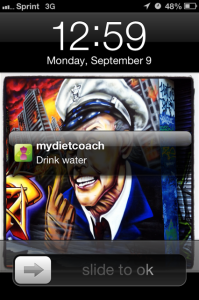 Luckily, there is an app for that

Adventures don’t always go according to plan. The reasons for this debacle are obvious: I wasn’t ready mentally and that overrode my physical abilities; I wasn’t ready physically, operating on a body “fueled” by salt and alcohol; and my bike wasn’t ready, she’s 45 years old and repeatedly the victim of repair malpractice.

In later posts, WE will talk about what WE are doing to be ready and would love to hear from you in the comments about the important training lessons you’ve learned.